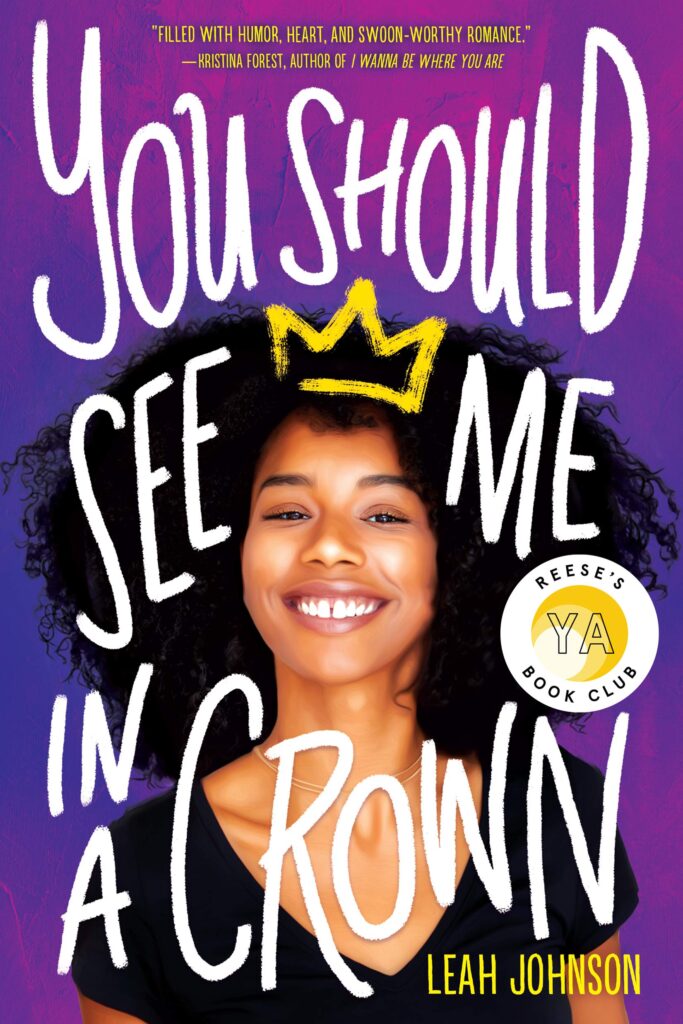 Liz Lighty has always believed she’s too black, too poor, too awkward to shine in her small, rich, prom-obsessed midwestern town. But it’s okay — Liz has a plan that will get her out of Campbell, Indiana, forever: attend the uber-elite Pennington College, play in their world-famous orchestra, and become a doctor.

But when the financial aid she was counting on unexpectedly falls through, Liz’s plans come crashing down . . . until she’s reminded of her school’s scholarship for prom king and queen. There’s nothing Liz wants to do less than endure a gauntlet of social media trolls, catty competitors, and humiliating public events, but despite her devastating fear of the spotlight she’s willing to do whatever it takes to get to Pennington.

The only thing that makes it halfway bearable is the new girl in school, Mack. She’s smart, funny, and just as much of an outsider as Liz. But Mack is also in the running for queen. Will falling for the competition keep Liz from her dreams . . . or make them come true?

You Should See Me in a Crown, written by Leah Johnson,
was such a wonderful and easy read that I finished it in about two days. I simply couldn’t put it down. Liz Lighty, our wonderfully black, queer MC, is stepping out of her comfort zone and learning that she can take up as much space as she desires in her small, suburban town. YSSMIAC doesn’t revolve around Liz’s coming-to-terms with her sexuality, but instead revolves
around Liz and her aspirations of getting into her dream college, Pennington, and the obstacles she faces to get there.

While Liz’s sexuality isn’t the forefront of the story, it certainly
has enough gay content to satisfy that craving, especially with her love interest, Mack. Although I thought the relationship was a bit rushed, considering the story-line takes place over five weeks, it’s still a pretty accurate representation to teenage love, especially lesbian teenage love. Liz and Mack fall hard and fast for each other, and it takes me back to my first crush and
all those overwhelmingly wonderful feelings I experienced as a teen.

Liz, who is running for prom queen to win scholarship money,
navigates the social hierarchy of high school and struggles to find her footing at first. YSSMIAC touches on class and wealth privilege that is exhibited in Campbell High’s prom court process, that not-so-shockingly benefits the already privileged, forcing people like our MC to work twice as hard to get
to the top.

I enjoyed Johnson’s debut novel, and look froward to her second, Rise to the Sun, coming out in July of 2021.

You can purchase You Should See Me in a Crown novel here or from AMAZON here.

And pre-order Rise to the Sun here.