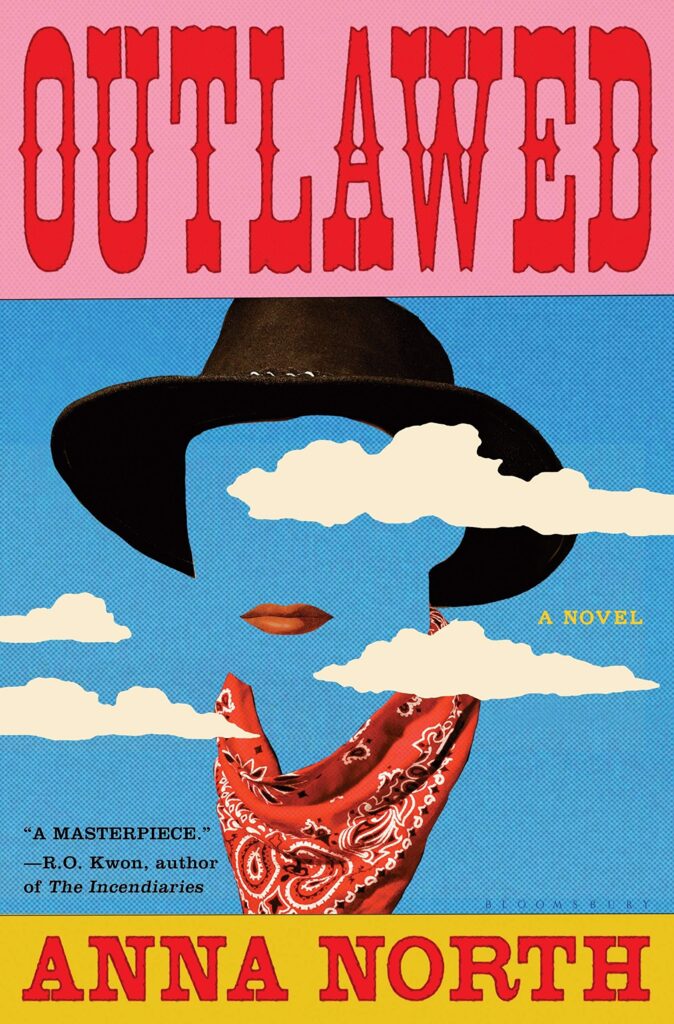 The Crucible meets True Grit in this riveting adventure
story of a fugitive girl, a mysterious gang of robbers, and their dangerous mission to transform the Wild West.

The day of her wedding, 17 year old Ada’s life looks good; she loves her husband, and she loves working as an apprentice to her mother, a respected midwife. But after a year of marriage and no pregnancy, in a town where barren women are routinely hanged as witches, her survival depends on leaving behind everything she knows.

She joins up with the notorious Hole in the Wall Gang, a band of outlaws led by a preacher-turned-robber known to all as the Kid. Charismatic, grandiose, and mercurial, the Kid is determined to create a safe haven for outcast women. But to make this dream a reality, the Gang hatches a treacherous plan that may get them all killed. And Ada must decide whether she’s willing to risk her life for the possibility of a new kind of future for them all.

Featuring an irresistibly no-nonsense, courageous, and determined heroine, Outlawed dusts off the myth of the old West and reignites the glimmering promise of the frontier with an entirely new set of feminist stakes. Anna North has crafted a pulse-racing, page-turning saga about the search for hope
in the wake of death, and for truth in a climate of small-mindedness and fear.

Outlawed, Anna North’s most recent novel, is a gripping story of a reimagined Old West set in an alternate America, year of 1894, told through the eyes of a young woman named Ada. I have to admit, this read wasn’t exactly what I was expecting, considering I heard about it through the LGBTQ+ side of Book Tok (a side of Tik Tok that focuses on – you guessed it – books), but was surprisingly satisfying to read regardless. And while the story doesn’t have a whole lot of queer romance, it certainly has queer and queer-like characters. Not to mention the themes of sexual and gender fluidity.

Without giving away too many spoilers, Outlawed really
is a beautifully written novel, where North successfully paints the landscape setting and makes you root for every character you meet. Ada, our MC, is running from no sin other than the fact that her body cannot produce a child and is accused of witchcraft, leading her to inevitably fall in with a gang of women and non-binary outlaws with similar issues. All of them ostracized from their past lives, all of them hoping to build a better world for people who suffer from the fertility laws (AKA the patriarchy) set in this universe. While running from the law, Ada is also searching for knowledge as to what makes barren women, and how she can change and reshape the ideology behind it. She also gets to participate in robberies and gunfights, which is a really cool plus.

Outlawed is certainly a change of pace from what I’ve
been reading, but would still recommend to those who find interest in reading about the Old West and gangs of outlaws, despite a lack of queer romance, at least for our MC. I hope that if North decides to write more about the characters we meet in Outlawed – maybe a sequel about The Kid before they were The Kid *cough* – I would most definitely snatch up a copy.

Anna North is also the author of America Pacifica and The Life and Death of Sophie Stark. She is also an editor and reporter who is currently a senior reporter at Vox, specializing in covering gender-related issues.

You can purchase her the eBook through Bloomsbury
Publishing here.

Or through Amazon here.