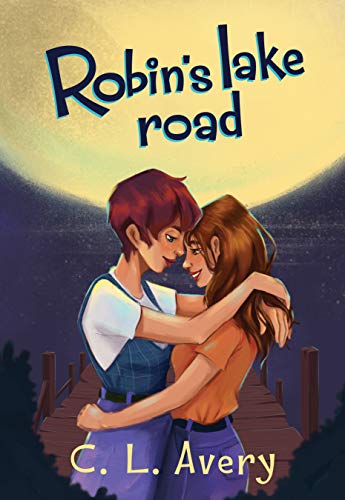 Robin is beautiful, talented, and popular while Asher is on the opposite end of the social spectrum. But after a chance meeting, the two hit it off and become friends. In clumsy-sweet fashion, it doesn’t take long for their friendship to
morph into a romance as wild as the untamed prairie wind.

Only thing is, Robin’s family is hiding something. And when secrets emerge, the romance that seemed unstoppable is put to the test. Amid misfortune and tragedy, both girls are forced to confront a sobering truth.

Can Asher navigate a “complicated” first romance? Can Robin survive her own family’s dark secrets? Or will a cruel universe have the last say on whether the romance gets a happy
ever after?

I have only one question after reading this very tropey and disheartening lesbian “romance” novel: What was its purpose and why the hell did C. L. Avery write it in the first place?

Now, even at first glance, I wouldn’t have chosen to read this book, but after it appeared as a promoted post on my personal Facebook, I had to look into it. C. L. Avery is a presumed straight, white, cis-man in his 50s-60s,  who lives in Texas (I love Texas because I’m from Louisiana and we’re practically neighbors), so, because I’m a lesbian AND an LGBTQ+ author myself, I decided to give it a shot and find out why it’s an “Amazon Bestseller”.

There are many paths I can take to review this book, but I’ll try to keep it civil, because I’m not a mean person. What I am, is passionate, especially about good storytelling, and most certainly about good storytelling concerning LGBTQ+ folk. Robin’s Lake completely obliterated its LGBTQ+ characters, and falsely poses as a “moving lesbian first love romance.”

This book is filled with toxic and outdated tropes that have plagued LGBTQ+ characters for years. Tropes such as the “I’m not gay!” character plot point, the manipulative gay-curious power dynamic, the tragic “Religious parents ruined my life!”, and the oh-so famous *spoiler alert* tragic end/ death  for an LGBTQ+ character.

It’s 2020, and although this book may be true to what it was like 20 years ago for LGBTQ+ people, it really isn’t contextually correct for today. Yet, the book takes place in the era of social media and smart phones? Why? It would’ve been more believable if it took place in the 80s or 90s. Robin’s Lake is simply just a regurgitation of all the toxic tropes LGBTQ+ people have been reading for years in disguise as “representation”. It’s completely unoriginal.

There are a lot of superficial and technical issues, but I won’t get into those because it’s just a sign of bad writing, and this review isn’t about the author, it’s about the book.  So, instead I’ll say this:

Just because you have the ability to write the book, doesn’t mean that you should.